Patrick Chiguri is an author born in the beauty of Zimbabwe, currently living in the marvelous land of South Africa.

A hotelier by proffession who has had many experiences over the years in Africa’s dwelling.

He loves Africa and its people and his message is relevant to the setting of Africa. He advocates for the emancipation of the girl child and her rights upheld. 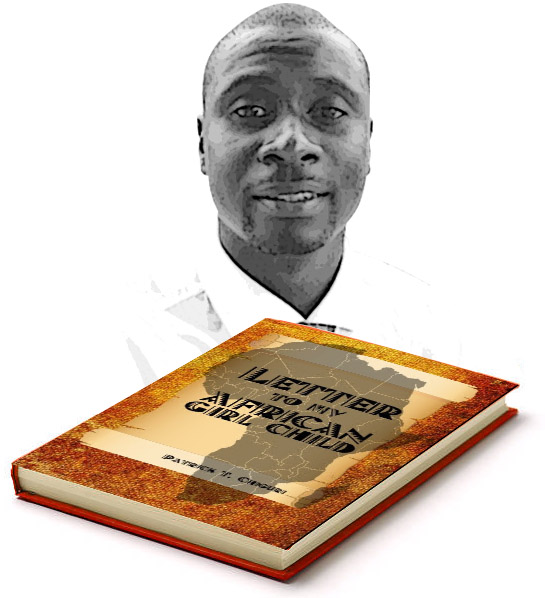 After many encounters with the day to day challenges haunting the African girl child, I was prompted to make way for the most compelling summation of the 21st Century African girl’s troubles and how best they could be addressed and economically emancipating her in the end.

After an emotional breakdown that hit her badly, she needed a survival guide to face the cruel, world in its sense.

The two generations have to fuse their experiences to raise a generationally upright and economically sound people enabling them to compete with the rest of the world.

The Rainbow Nation and the Raging People Kindle Edition

The heady days of promise of twenty-five years ago, when the democratic Rainbow Nation of South
Africa was born, are over. Promises made have not been kept. Hopes for a better life have been dashed.
The varied people of South Africa have been sold down the river, and our rainbow is fast fading.
In this thoughtful book, Patrick Chiguri, author of the popular Letter to my African Girl Child, thoughtfully examines the anger that exists in the raging people of the country and offers some ideas as to how the tinderbox that is the country can avoid total conflagration. 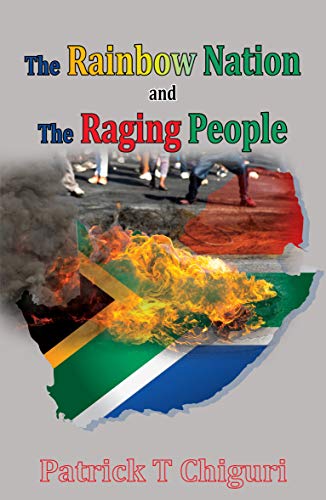 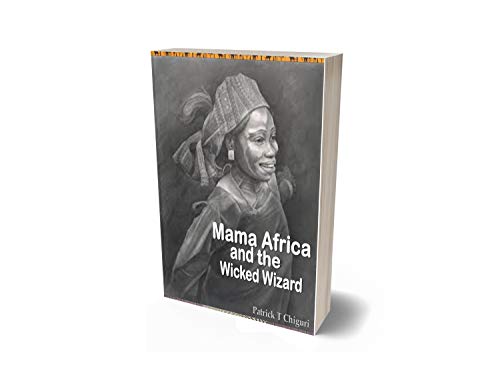 Mama Africa and the Wicked Wizard

A play vividly depicting the lost pride of a people, who would prefer third class citizenship than their own home. A traditional court “The People vs The Power” seeks to resolve the various differences as the people bay for the blood of the leadership. There must be a place of hope.

Custom and religion fortify a man yet the deny him the very right to grieve when he desperately needs to. The author of Letter to my African girl child, The rainbow nation and the raging people and Mama Africa and the wicked Wizard tells an intriguing tale of pain filled divorce from a man’s perspective. He challenges some norms and tears apart the hypocrisy and double faces shown to a man in excruciating hurt. 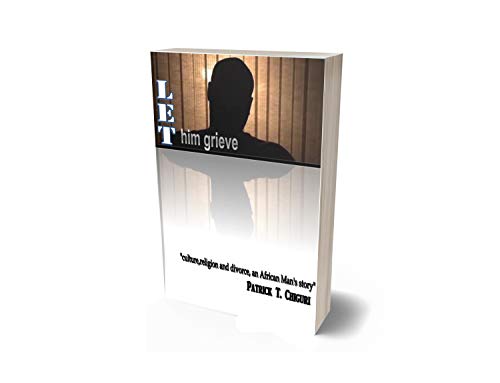 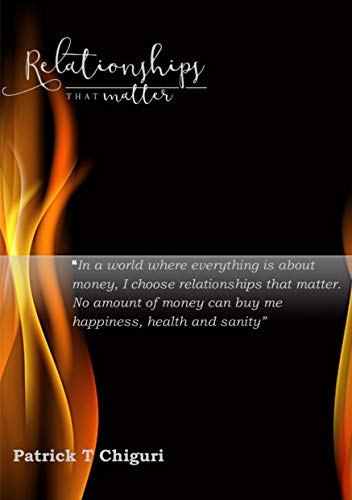 The sacred question are humans more important than the material we all desire prompted this piece. The 21st Century has brought much disregard of the human relationships as an opportunity cost for the rise of individualism. The author navigates the relationships that have built the man he has become. An examination into our day to day life has one’s mind driven into this beautiful piece, decoding the loss of us, a people!

For the living and the dead: The playlist 33

In his 8th book Author Patrick Chiguri uses music to connect a father and a son. The conundrum of a son always seeking his roots is inexplicable. The father is aware that his long lost son will yearn for his father and prepares for that day in advance. These carefully selected traditional, cultural and meaningful songs that gave joy to Southern Africa in the past fifty years bring these two together. It is well packaged lessons through these hits and melodies that rocked our airwaves from our living and departed legends. 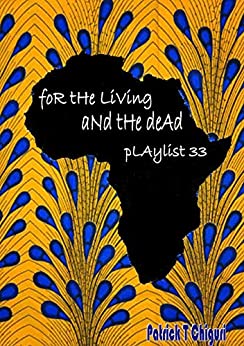 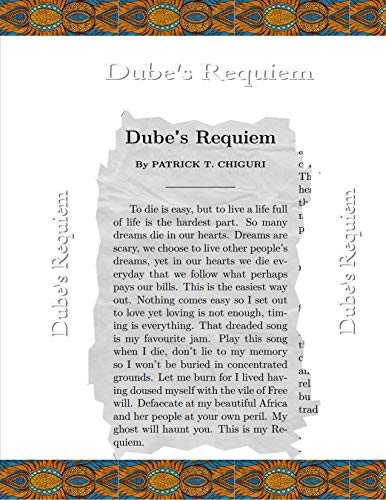 Patrick’s 10th offering is a political thriller. A minister from Chapwititi (land of turmoil) dies. In a surreal show of Supernatural force, his departed soul is forced to re-live his evil before he is buried. Vividly explicit encounters put him close-up to the man that he truly was. He had failed as a leader who robbed the coffers of the poor. Sigauke, was a king maker, who had no shame in eliminating any opponents. Using his influence and power he stole the innocence of young women destroying young adults in utter greed. Chapwititi is not sorry to lose him and judgement hath come for him, there are no bodyguards or secret service agents to protect him from the wrath of the after-life.

My Black Spirituality and Identity

The last hurdle is the defaulting of our minds to free our souls. Everything our ancient leaders stood for has been demonised and a corrosion of our history and culture is at an advanced stage. The Spiritual window is the parent and holder of every bit of our lives. When your Spiritual connection with Mwari/God/Mdali is not in the flourishing season then all the other aspects of life cannot be truly 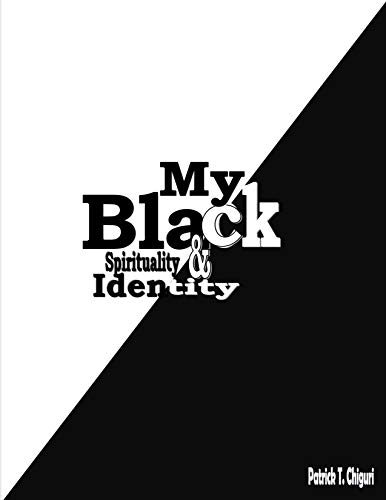 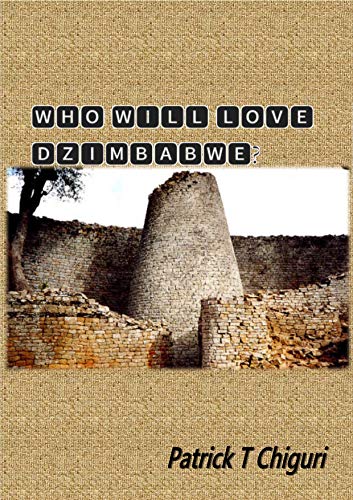 A generation is displaced and dreams shattered in this epic narration of the events of 1999-2016. All have sinned in the ordeal that Patrick relays. A nation’s pride is it’s people. Who has not taken part in the plunder of a land so beautiful? Who will love Dzimbabwe? The land of the stone houses is wilting and rundown yet all citizens take turns to help in it’s decline. This is a record of history!

The man you will never have

Domestic violence has destroyed the African home. In a society that denies men the right to grieve, where do they turn to when the whole world is developing the girl child. Who will save the men subjected to bullying and emotional abuse at the hands of the empowered girl child. The good men are also victims of a horrendous trend that is only in the grape vine as they brave their day to day. This story is food for thought in the growing reality that men are being left out as women are fortified! 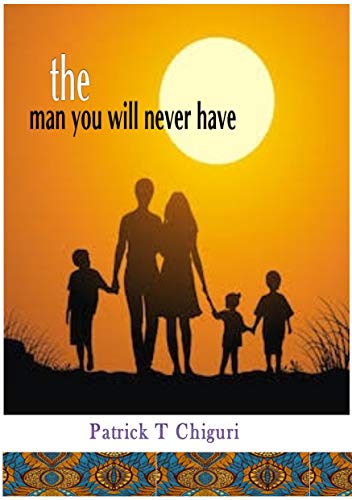 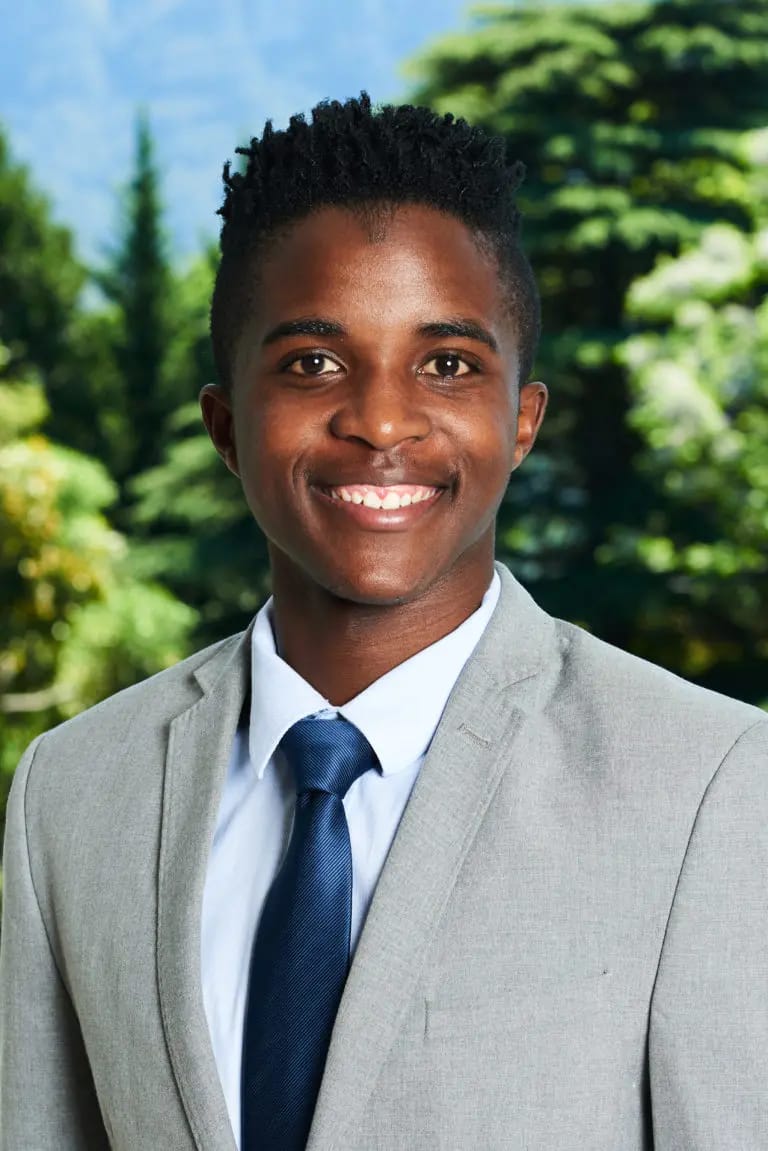 Godwill Anesu T Mamhiyo is a South Africa based- Zimbabwe born former professional cricketer whose love for sport is immense and is churning all raw materials around him to suffice the gap in the Sport Consulting fraternity. He and colleagues Godwin Mamhiyo, Francis Mayebe, Sandra Sauramba, Keith Dabengwa formally established Africa Sports Consulting in October 2020; though informally the project had been in operation for almost a year prior.

The inspiration to this great idea simply put is; “Our stories. We each walked unique journeys as athletes and reached different height but there was a common theme of a lack of empowerment and sustainability. We have seen many a sad story and still have brothers/sisters, young and old, whose lives we can change if we take up the mantle”, said the ever smiling young man.

Looking down the streets of Alexander from the mountain top of rubble at the dump site next to London Avenue, I see everything a man wants to see and everything a man doesn't want to see. Like streams from an aquifer the streets are flooded with sewer waste that...
Read More

The forgotten vote. A stroll in the dusty township of Soshanguve, a walk that marks the commencement of a new week. Shacks from scrap zinc sheets have a resemblance of a forgotten people. They make do with what they have in the now. Most of the houses have makeshift...
Read More

I mourn my youth

I mourn the days of my youth Who can help me redeem all those lost years of chasing vanity? Where are the days I had the best energy, excellent health and the minor decisions to make? My closet is full of undergarments I so much despise in the form of sin and unclean...
Read More

Am I the man you know

Am I the man you know? What if I told you that I lied and hid all my struggles from the beauty of your face? What if when I look at you I see hope unquenchable? What if all I try to be was for you and the reason I never said it was my inability to have you live with...
Read More

I stopped counting as they left…

When broken meets fine, either way the results are explosive.. Men are broken in their childhood,their upbringing, their physical lack, emotional lack, financial lack , in their workplace and  these surposedly strong creatures are sometimes broken in all dimensions....
Read More

The oath of chastity

Chastice for th unmarried and monogamy for the married. Napolean Hill the author of my favourite, "Think and grow rich" wrote extensively about sexual energy transmutation. It is by far the best thing I ever learnt in my adult life. Sexual energy that is wild and all...
Read More

The one armed bandit syndrome

The gathering instincts that exist in most of us is a great thing if it is used  to gather enough for the purposes of filling our storehouses. It works well if it is for purposes of gathering for future generations. There is however a thin line between gathering and...
Read More

Xenophobia is Self Hate.. I blame me

I am African, Africa is my home, and my home is Africa. By birth I am its citizen, through qualification I still stand as its citizen; via the route of documentation I am still its loyal citizen.  I love my Africa.. I pay my taxes to prove that I am indeed willing to...
Read More

An ordeal at the hands of men and women who have gotten the feared name Maguma-guma.They are used by the courier for their cheaper services. Going through the formal crossing point is costly. The transporter cannot lose  money on  a package. It has to be minimal cost....
Read More

Dear Beloved Departed Father Kwame Nkrumah We celebrated the 55th Anniversary of Uhuru on Friday, it was a colourful day. We painted the motherland in gold, green, yellow, brown, black and our several colours. You should have seen your children; they were gorgeously...
Read More